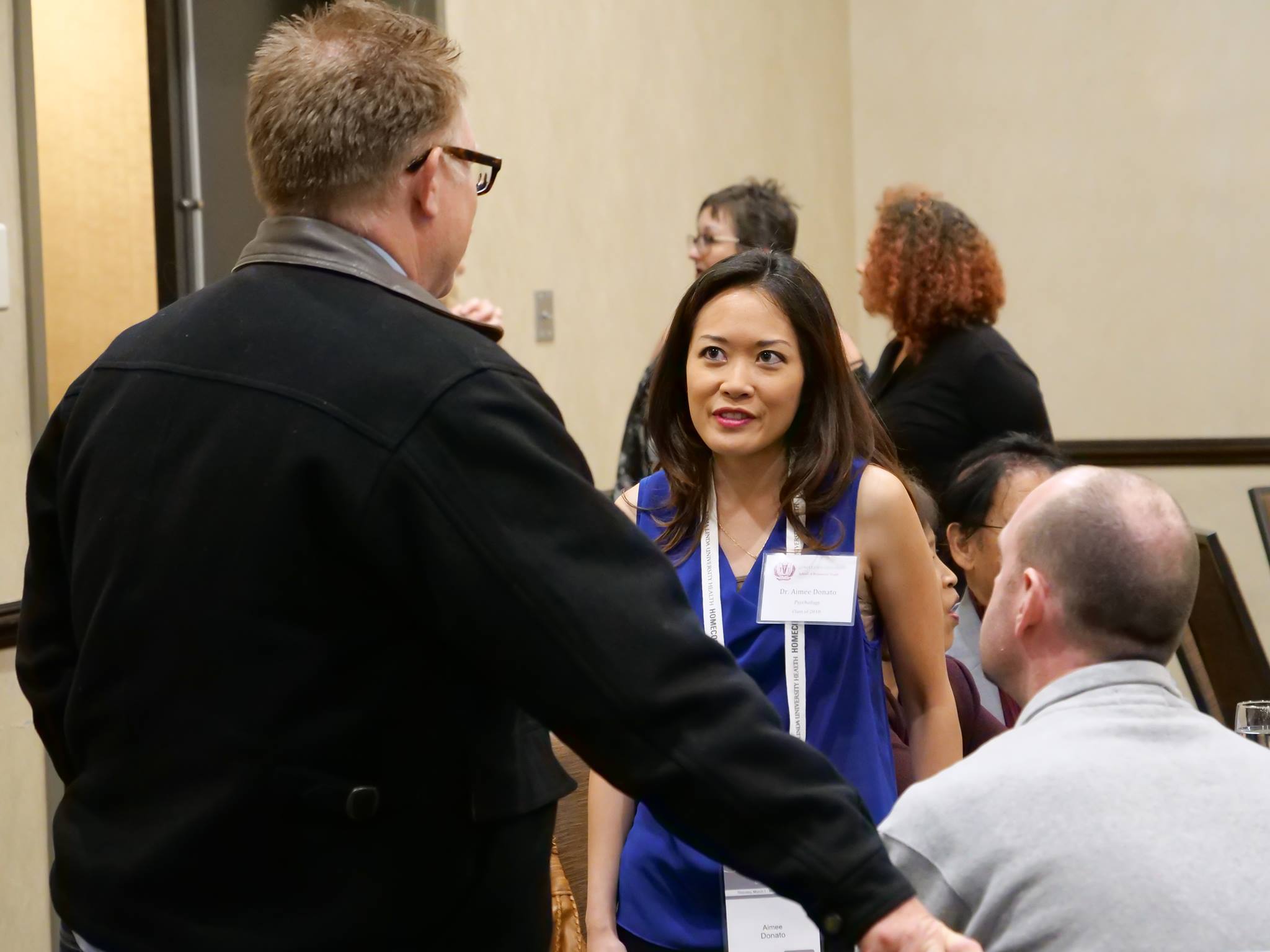 The second annual LLUH One Homecoming was held earlier this month, celebrating alumni from Loma Linda University’s eight schools as well as other members of our LLUH community. As part of the larger, campus-wide event, the School of Behavioral Health held a fun-filled evening of entertainment from the well-known Christian illusionist Danny Ray, who has performed throughout the United States and the world.

The event kicked off with a light dinner followed by Mr. Ray's performance. Many of the alumni brought their children to enjoy the show, and several were called to participate with Mr. Ray during the performance. One of the children signed a coin which subsequently somehow ended up in the middle of a lime, which was itself inside a sealed soda can that Mr. Ray cut open! The audience was both baffled and mesmerized by this sleight-of-hand and his other enthralling acts of illusion.

Dr. Beverly Buckles, Dean, and Dr. Adam Arechiga, Associate Dean for Academic and Student Affairs, had the opportunity to meet with a number of the alumni attending the event at the DoubleTree Hotel. Dr. Arechiga was the master of ceremonies and also coordinated the opportunity drawing--where five attendees each won an Amazon Echo Dot!

Alumni really enjoyed reconnecting with fellow alumni as well as their "old" professors and are excited to join us again at next year's event!