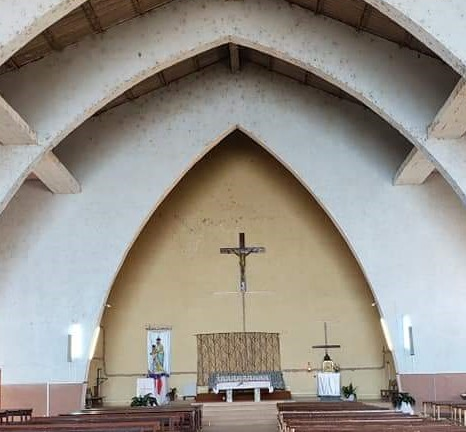 During the summer of 2018, directly following graduation festivities, I was honored to be a part of a team that traveled to Angola, Africa, to provide health education via health fairs and medical assistance, as well as community-building and networking for the future. Before the trip began, there were many planning meetings held on how best to serve the people of Angola, specifically in Bongo, Huambo, and Luanda. In the wonderful group I was with, the mental health team, our main focus was to provide mental health support utilizing the Community Resiliency Model (CRM).

Traveling to Angola took longer than we would have liked; however, it gave us an opportunity to meet and bond with our team. When we finally arrived, we encountered several different literal roadblocks, which also gave us the opportunity to build ourselves as a team and problem solve. Once we made it to the Union office, where the Luanda team would be serving during the majority of the trip, we were welcomed like family.

We had the opportunity to attend beautiful church services and musical performances by the church family. We also were able to fellowship and build relationships with the local community and the international teams that were there to assist in the service.

During our time in Angola we were able to hold a health fair, where we provided service directly to the people of Luanda, inquired about their specific needs, and referred them to local services. Whenever we were not engaged in service activities, we were fortunate enough to have an amazing leadership team who planned excursions for us where we could meet local people, see the beauty of Angola, and even go on a day safari!

International service trips often require flexibility and the ability to adapt to various factors and needs, and we had the opportunity to exercise these skills on this trip. We were also able to meet, fellowship, and build lasting relationships, with not only the Loma Linda team, but with the international team and the church family from Angola. I experienced beauty in the landscape and the people of Angola that will always stay with me. I have made long-lasting friendships with people that I would have never had the opportunity to meet otherwise, and this experience has inspired several of us to want to return to Africa and serve where we can.