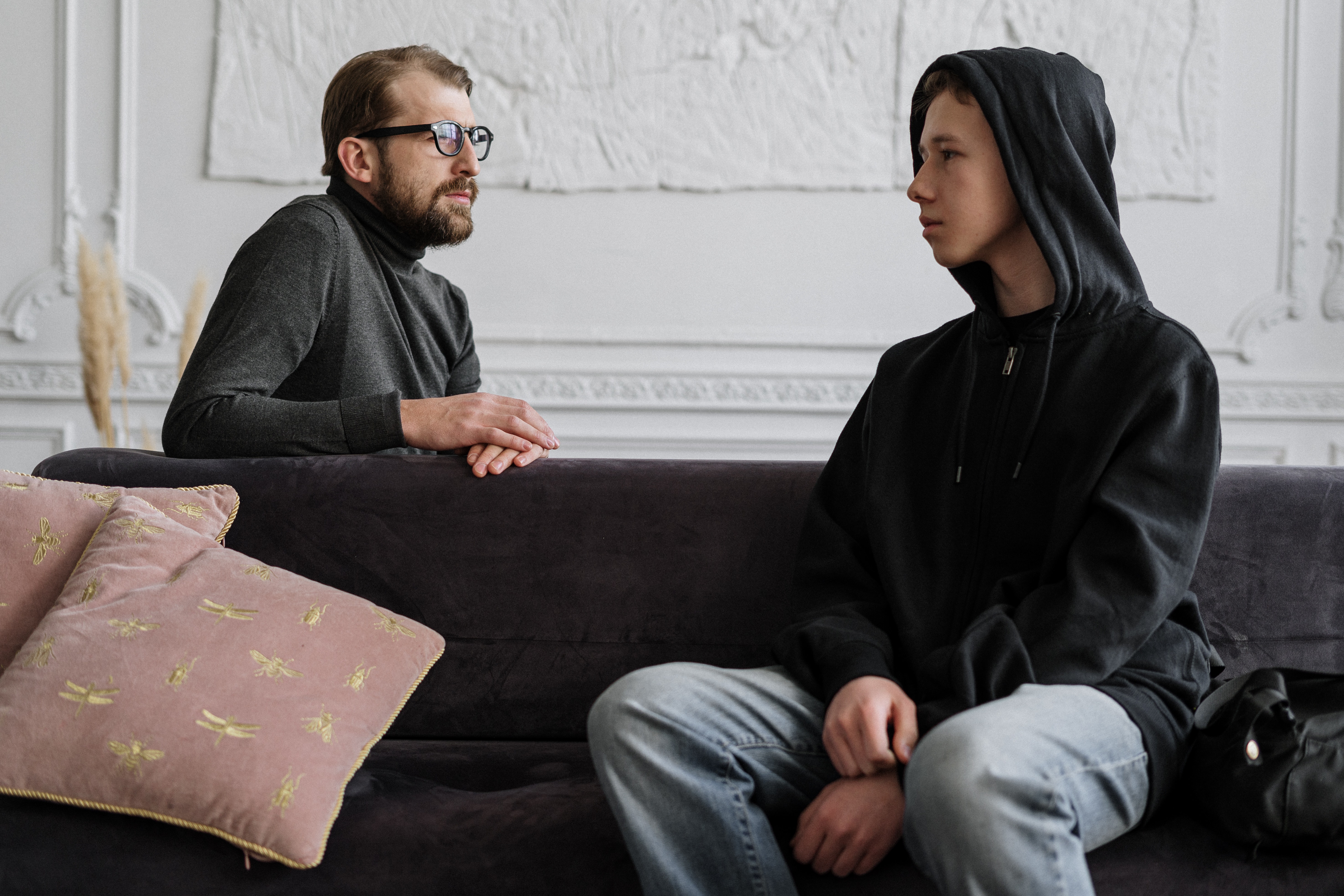 Multiple terms have been used to describe self-harming behaviors, such as deliberate self-harm, self-injurious behavior, nonsuicidal self-injury, and self-mutilation. Although definitions vary, most describe self-harm as behaviors that are intentional, direct, have a non-fatal outcome, and may include behaviors such as self-cutting, burning, punching and hitting, jumping from a height, bone breaking, skin picking, and biting. Distinctions are made between self-harm with or without suicidal intent. Nonsuicidal self-injury (NSSI) is the preferred term in the United States and captures self-harming behavior without suicidal intent. It is believed that self-harm with or without suicidal intent may differ in respect to cause and treatment course, and the recent inclusion of NSSI as a proposed area of additional research in the DSM-V supports the need for further investigation in this area.

According to a review by Klonsky, Victor, Saffer (2014), existing data suggests adolescents who engage in NSSI are most likely to have experienced neglect or other forms of abuse, classify themselves as non-heterosexual, and be Caucasian. Onset is thought to begin between the age of 13-14 with self-harm occurring most often in 15-18 years olds. Of the numerous forms of NSSI, cutting (59.2%) has been cited as the most common type of behavior, especially for females, followed by burning and hitting which is more common in males. Although accurate prevalence rates for self-harming behavior are unknown, estimates suggest lifetime self-injury occurs among 16-18% of individuals within community samples and within 36-80% in clinical samples (Madge et al., 2008; Swenson, Spirito, Dyl, Kittler, & Hunt, 2008). Approximately 50-75% of those with a history of self-harm are predicted to attempt suicide, making prevention and early treatment critical (Guan, Fox, & Prinstein, 2012; Nock & Favazza, 2009).

Individuals who engage in NSSI are thought to lack proper emotional regulation skills, which frequently results in the development and reinforcement of maladaptive coping patterns. The most reported explanation of NSSI views self-injurious behaviors as a way to express uncontrollable emotions of anger, anxiety, or pain and alleviate feelings of high arousal or negative affect. From this perspective, feelings of anger and/or frustration become intolerable and the individual is thought to engage in self-injury as an attempt to regain a sense of internal balance and relief thereby escaping the dissociation and emotional numbness they often experience (Klonsky & Muehlenkamp, 2007; Rodriguez-Srednicki, 2001). This is contrasted with healthy coping where individuals learn to manage their emotions though self-soothing, validation of emotions, and modeling. Other proposed but less reported reasons for self-harming include self-punishment and attentional seeking behaviors (Klonsky, Victor, Saffer, 2014).

With respect to treatment, most models suggest that reinforcement mechanisms are a driving force in the maintenance of maladaptive coping behaviors. As such, the most promising treatment interventions for self-harm are based on cognitive and behavioral therapy approaches. The symptom characteristics associated with self-harm and frequent inpatient admissions, as often seen in adult individuals diagnosed with borderline personality disorder, have led to the use of adapted versions of Dialectical Behavior Therapy (DBT) with adolescents who self-harm (Muehlenkamp, 2006; Ougrin et al., 2012). Other forms of cognitive-behavioral treatments have also been used including Trauma Focused Cognitive Behavioral Therapy (TF-CBT) which uses a combination of cognitive-behavioral principles and exposure techniques to deal with and change how individuals cope with stress; and Acceptance and Commitment Therapy (ACT) which focus on acceptance—as opposed to avoidance—of feelings and positive movement towards healthy choices. As such, ACT uses mindfulness along with other processes to encourage youth to focus on or accept the pain that accompanies memories rather than avoidance through self-injury.

There are several clinical and educational resources for learning more about NSSI listed in the references section below. With support, individuals who engage in self-injurious behaviors can learn more adaptive ways to deal with their pain and lead more healthy lives.